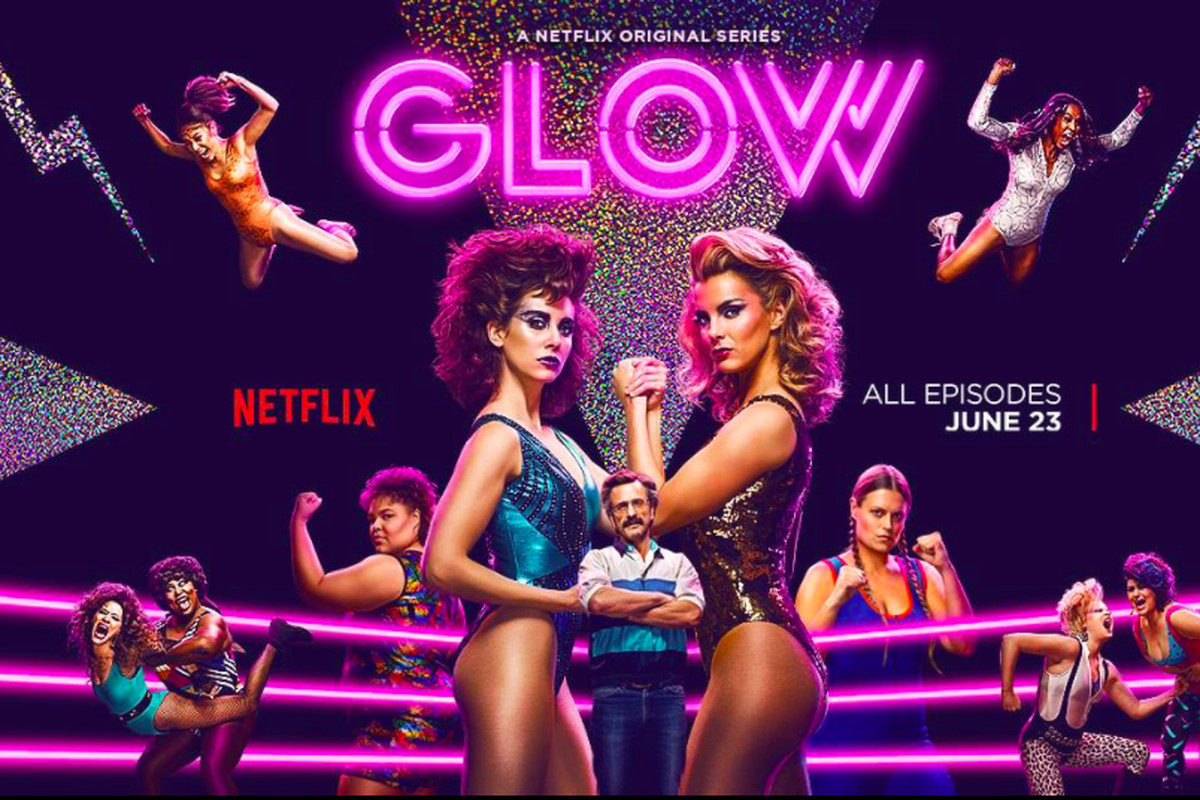 19 Jul The 8 Best Shows on Netflix With Incredible Soundtracks

Netflix has risen to be the benchmark for quality content, attracting top talent from across the globe. With this influx of creative storytellers comes new recipes for the way these shows are scored and how music is chosen…

With storylines ranging from post apocolyptic dramas to larger than life comedies surrounding the world of female wresting, music began to surface as a much larger contribution to the narratives of this years shows on Netflix.  No longer are we only treated with an opening jingle about the demise of the S.S. Minnow to push the story along.

The show’s primary musical supervisor, Lynn Fainchetein chose the perfect collection of music to set the background for the Danish sci fi apocalypse series, The Rain.   With a resume that includes The Revenant and Birdman or (The Unexpected Virtue of Ignorance) , she’s not one to shy away from challenging themes or subject matters like the apocalypse. What’s fascinating is that the tracks she chooses as backdrops to this dark tale seem appropriately out of place in telling he story, yet they seem to have no other place but in it.

I have heard people talk about the soundtrack to this series as being almost as integral as the plot and acting. To get a sense of the music, check out the trailer above which features  ‘Deliverance (Rain On Me)‘ by Erick Serena and The Killing Floor.

The short lived  Gorgeous Ladies of Wrestling television spectacle from the 1980’s have been perfectly recreated on Netflix in all of its 80’s glory.  This comedy does a wonderful job of knowing exactly what it is with its teased hair, loud colors, and fist pumping music that would make Quiet Riot proud.

Craig Wedren, musical supervisor and composer, oversaw the selections here and made sure you were blasted to a land of nostalgia. Many will know his work from another Netflix show and cult classic, Wet Hot American Summer. Unlike the tongue in cheek quirkiness of Wet Hot American Summer, Wedren double downs on in your face music that is chosen to reflect what you are seeing on screen, almost to the point of parodying it. If you are looking for 80’s inspiration or scoring visuals that are over the top, take a look at the audio cues of your favorite hits from the 80’s in Glow.

When the shows creator says that each episode is treated like its own album, you know that you are in for something special. Adriane Younge is a 40-year-old musician and producer with credits that include Kendrick Lamar, Jay-Z, and Ghostface Killah.  In case that wasn’t enough, Adrain Younge also tapped Tribe Called Quest’s Ali Shaheed Muhammad to help curate and mix the music used in this Marvel episodic. The result is exactly what  you think it would be….Awesome.

10 years ago, no one (including myself) would have thought that the sounds of Mobb Deep and The Wu Tang would be the musical fuel powering any Marvel superhero show, but they are doing just that…and it works, really well. Between the recognizable powerhouses from rap and hip hop are  audio cues so precise, and so methodic that you can hear that they know this music inside and out.

…and thats the secret to the music of this show. You can feel they love they have for the music, but even more importantly, you know they understand it more than anyone else out there.

The introduction by Nick Cave and the Bad Seeds gives is a sign that this piece set in London during the 1920s may be different. Unlike other historical dramas airing on the BBC, Peaky Blinders trades in the stringed melodies one associates with English period pieces for edgy electric punk and modern rock as the backdrop for this gritty drama.

From The White Stripes to Johnny Cash and P.J Harvey, the juxtaposition of the music to what you are seeing on screen is so out of this time, it actually works.  After four seasons, the soundtrack continues to evolve with the story, recapturing the sadness bundled around outrage and outlaws.

Master of None – Season 2

Zach Cowie created a soundtrack that lets audiences discover Italy through the ears of the main character, Dev, played by Aziz Ansari.

The soundtrack for Master of None Season 2, is laid out like you were sharing earbuds with him. Yes,  you get the Italian disco and classics, but those surrounded by everything else under the Tuscan sun.  This cross-pollination of hip hop, rock , reggae, and American classics perfectly captures Dev’s day to day interactions with Italian life.  From John Legend to the Pino D’Angio, the  soundtrack to his life is so fresh and simple, proving that every story in the world can have its own unique playlist.

The music Zach discovered for us was so new that he even struggled with finding out how to license it properly. Learn about how he ended up working with the Burundian government to license the memorable track “Umugabo Wukuri” by Canco Hamisi .

Although this one on the list is actually an ABC show, Agents of S.H.I.E.L.D has found a wonderful home on Netflix. Like all Marvel properties, the level of quality needed to be high, expectations needed to be met, and every slip up would echo endlessly across the online forums.  Knowing this, they turned to a veteran in the space, someone who they know the fans would trust – Bear McCreary.

From large productions like Battlestar Galactica and The Walking Dead, to lesser known fan favorites like “The Angriest Video Game Nerd”. McCreary has a deep understanding of the expectation of the audience and delivers what is needed to meet them. This is what makes Agents of S.H.I.E.L.D such a great example of his work.  Over four seasons he has composed original scores that compliment the characters personalities, evolve with times of conflict, and create an emotional bridge between the audience and what they are seeing on screen.

Mostly recognized for their excellent job in the opening credits, the musical duo S U R V I V E has been responsible for the shows music since the very first episode. Musicians Kyle Dixon and Michael Stein have been able to bring the analog tones and uneasy atmosphere that make Stranger Things such an effective homage to 80’s horror. In the second season, the pair  continued to take the audience with them on their trip through Hawkins with such great tracks like The Return and ‘Soldier’.

What do you get when you move The Wonder Years to South Central Los Angeles? I’ll tell you. You get Netflix’s smartest coming of age teen show, On My Block.

Just like The Wonder Years brought you into the 1960s with the calls of John Lennon and The Birds, On My Block invests equally in the sounds consumed by a new generation. Music supervisor Jamie Dooner does a fantastic job creating a musical lens that you know these kids are living their life through.  His ability to use tracks by unknowns like “Insecure” by Brent Faiyaz as well as collaborations like Alina Baraz’s “Electric,” featuring Khalid help give a layer of authenticity to the struggles and pleasures of these kids lives.

As more filmmakers find new ways of telling stories through episodic series, it opens up more and more opportunities for music producers to flex their creative muscles. We are confident that Netflix, Amazon, and Hulu will continue to break the mold, and allow for more flexibility and freedom by the creatives.

If you are looking for more examples of music from these shows, check out our Best Music from Netflix Shows playlist  on our Youtube channel and get inspired for your next project.